In 2013 I needed a new belt and thought I would treat myself to something a little more special than could be found on the average high street. I Started my search only to be disappointed by what I found- a few beautiful hand sewn leather belts but, they where generally paired with generic brass buckles.  Almost all the designer belts were made with cheap cast buckles and leather belt straps that had been processed to the point that it was hard to tell if it was actually leather. These belts were totally lacking in character and individuality. I could see nothing in their production to justify the extra expense other than a name.

After months of searching I found nothing that quite met my expectations. I am a great believer in the old adage “ if you want something done properly do it yourself”. So I decided to make myself a belt buckle and strap. As a former engineer and for the past 30 years I have been a gun restorer and Master gun engraver to the luxury British gun trade-working for James Purdey and Sons, Westley Richards and Boss & Co to name a few. Over the years I have learnt many skills and techniques associated with the gunsmiths craft and used these as my inspiration.

So I designed, manually machined, filed, polished, gold inlayed and finished my own belt buckle using the skills and techniques I had acquired over my lifetime.  I also learnt some new ones; discovering about the best leathers and ultimately making my own belt strap, The resulting belt was quite pleasing and others agreed, passing comment and asking where I had brought it.

Encouraged by these comments I began to wonder if I could offer a genuine alternative to the generic high street brands and the over priced mediocre offerings by the designer market. A belt that genuinely could justify its price, not because of the name on it, but because a craftsman and artist had created it.

In late 2014 In collaboration with my sons, both Master Engravers we set about redesigning my original buckle, refining its design and comfort and creating the perfect canvas for engraving, carving and gold inlays. We sought out the best engineering company to make our machined blanks and the finest tanneries and leather workers to create our belt straps. In 2016 we created Ferrum and Hide.

My goal is to offer my customers a personal service- making you a belt that will bring you joy when you look at it and comfort when you wear it (knowing it was made especially for you). A bespoke belt that will improve with age as it reflects its journey with you, a belt that I hope you will proudly wear for a lifetime. 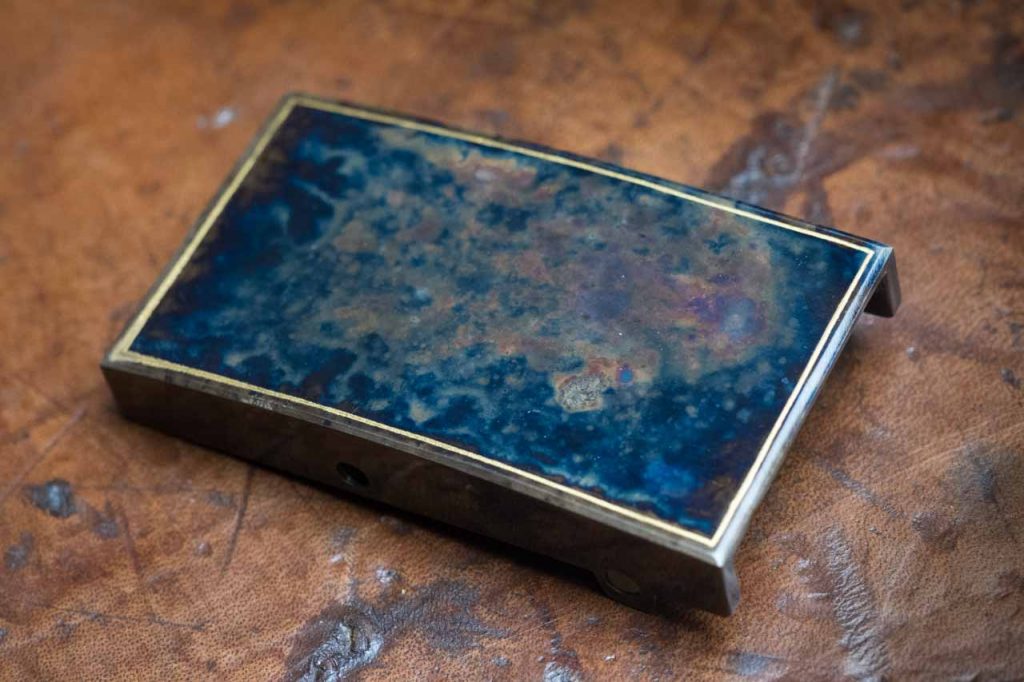